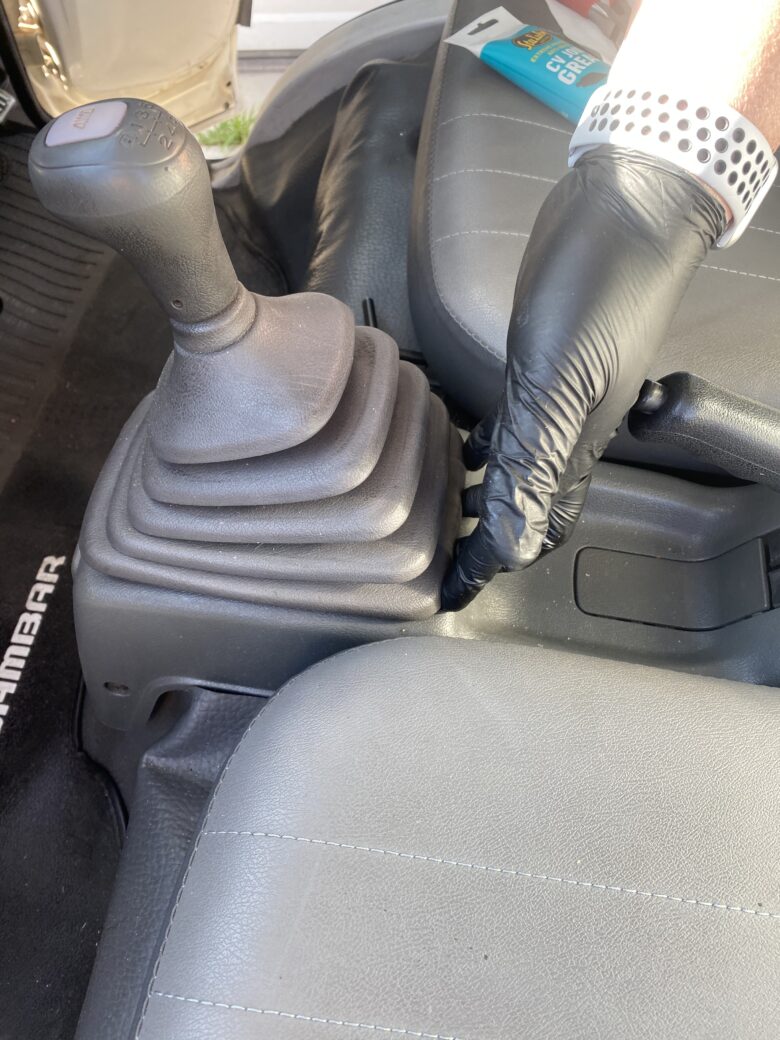 The Subaru Sambar, well any kei truck for that matter, are not known for the quality of the shift. By that I mean that shifting isn’t a precision affair. These are working vehicles, and the quality of the shift is skewed towards durability rather than precision. Add to that 25-plus years of use, and you will be hard pressed to find a kei truck that is easy to shift. The hunt for second is real, and third isn’t much better.

One of the issues are the bushings in the shifter. The shift bushings are a rubber that degrade over time. As they degrade, they crumble, and it opens up a significant gap in the connection between the shifter you interact with, and the cables that reach back to the actual shift linkage on the transmission. This takes an already vague shift, and makes it a nearly impossible affair.

Welcome to the party Subaru part number 35035TC000. You will need two of these at the current price of $8.60 each. Fortunately, unlike the other bushings in the shifter, you can get them at your local Subaru dealer in the USA as they are common to several models and years.

When you get them you will be surprised how small they are, but man they make a difference.

To install them, and you will most likely be installing them and not “replacing” them. On TynyTruck there was only a small part of a side flange still there. The rest had disintegrated to dust ages ago. To install them you will need some heavy grease and a pair of needle nosed pliers. I also recommend copious quantities of paper towels and possibly even nitrile gloves. This is a very messy job. You have been warned.

To start, you need to pop off the shifter boot. I found it easier for both bushings to work from the driver’s side. Grab the bottom of the boot at the rear (towards the emergency brake) and pull up. It will take a fair amount of effort. It will pop off, and all the clips should disengage.

Once it is off, you are looking at two cables reaching up to the shifter mechanism. These cables have a round end that the bushing should be in. It is held in place with a washer, that is then held by a cotter pin.

Using the needle nose pliers pull the cotter pin, being careful to not let the washer fall into the mechanism. Remove the washer, and the cable connector will just come off.

Do the same for the other side.

Clean up the mess of grease that gets everywhere…and it will.

Snap the boot back into place, and you are done.

Seriously, this is a 10 to 15 minute project. Anyone can do this. It is cheap, easy, and makes a BIG difference in how your truck shifts.

I hope this helps you out!

A special thanks to 海老鮭の愛車 (Shrimp Salmon Car) who had the only pictures I found while researching.